Speed Up Your Wound Healing With Nutrition 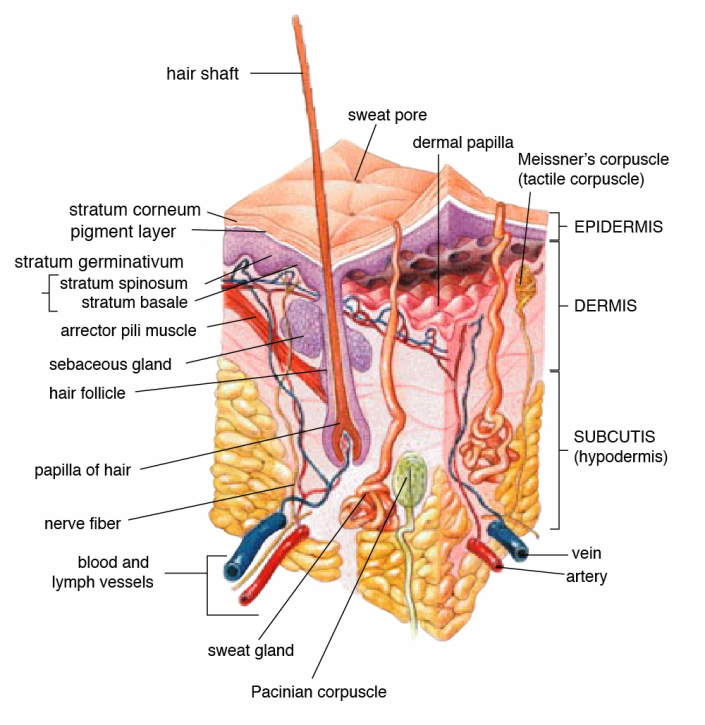 Got a sports injury? Accidentally cut your finger in the kitchen? Trying to recover from surgery, stitches, or a burn?

If you’re looking to speed up your recovery, consider targeting your nutritional intake towards boosting your body’s natural wound healing process.

What happens when you get wounded?

2) Inflammation: Bacteria and damaged tissue get cleaned up by “macrophages” and phagocytic cells; these cells also release growth hormone which trigger the body’s creation of new capillaries (small blood vessels) in the wounded region.

4) Maturation: Unneeded blood vessels that were formed in the proliferation stage are eliminated in this stage, and the collagen that covers the wound area matures and becomes more organized, sometimes forming a scar. This stage can last for more than a year.

In his 2014 article, “Immunonutrition: Role in Wound Healing and Tissue Regeneration,” Oliver Chow and Adrain Barbul discuss a review of the current literature findings pertaining to nutrition and wound healing.

The body needs Vitamin K to form blood clots that help stop bleeding from wound sites. You may not be able to expect immediate bleeding to be stopped by an instant consumption of foods rich in vitamin K, as this vitamin needs to be absorbed by the intestines. However, it wouldn’t hurt to nutritionally increase your vitamin K intake for longer term bleeding concerns (perhaps in the case of wounds reopening, for example). Caution should be taken if you are taking blood thinning medication such as Coumadin, as nutritional sources of vitamin K can alter the metabolism of these medications.

Vitamin K content in specific foods can be looked up here.

Arginine is an amino acid that is required for the body to create nitric oxide (NO), a small free radical that is critical in wound collagen synthesis. Arginine has been shown to speed up wound healing by increasing collagen accumulation at the wound site. Arginine also stimulates the cell division process (mitosis) whereby new cells are generated.

Arginine content may be looked up for specific foods here.

To find omega-3 content in specific foods, see this database.

Vitamin C plays a significant role in collagen formation, increasing the strength and stability of the collagen fibers. It also serves as an antioxidant and supports neutrophil function. Vitamin C improves both the quality of the wound healing as well as the duration of wound healing time.

Vitamin C content may be found in specific foods here.

Vitamin A is involved in wound healing in multiple ways: it enhances the inflammatory response, is involved in collagen synthesis and strength, assists with skin cell differentiation, and reverses the body’s stress-induced inhibition of wound healing.

Vitamin A can be found in vegetables, fruits, milk, eggs, meat, and fish. Foods especially high in vitamin A include:

Notice that the above foods mostly appear to either be bright orange or dark, leafy greens…makes it easier on a shopping trip.

Vitamin A content may be found in specific foods here.

Zinc has antioxidant and antibacterial properties but also plays wound healing roles in enzymatic reactions and in preventing skin cell death. Evidence so far has only really showed significant wound healing improvement with zinc supplementation in cases where the patient was previously deficient in zinc. Topical zinc has also been shown to improve wound healing.

Food especially high in zinc include:

Selenium serves as a powerful antioxidant and appears to accelerate wound healing in burn patients.

Selenium can be found in seafood, meat, nuts, and seeds. Foods high in selenium include:

We’ve already discussed several antioxidants above (vitamin C, vitamin A, zinc, and selenium). However, antioxidants, in general–also including vitamin E and beta-carotene–play an important role in fighting the body’s oxidative stresses, such as those that result from injury. Antioxidants appear to reduce the duration of wound healing time.

Foods with the greatest antioxidant potency are ranked and discussed here. Herbs and spices (namely, cloves!) top the list as the food category with the most antioxidants.

So there is an overview of nutrition that can boost your body’s wound healing process!

If you’re overwhelmed about fitting in all of needed nutrients, then check out the below list for a simplified shopping trip: